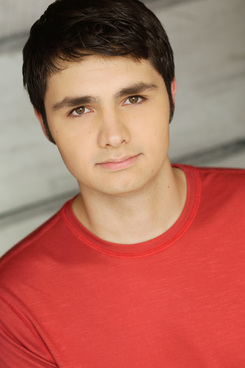 Described as a performer with “rare talent and showmanship…with a beautifully toned voice and perfect pitch” Tony Ponella has already gained recognition both as a singer and actor in his young career.

Following his first runner-up finish in the 2012 Michael Feinstein Great American Songbook Vocal Competition, he moved to New York where he performs regularly.  Recent appearances were with star performers Michael Feinstein and Marilyn Maye during the run of their show, Swingin’ the Night Away at Feinstein’s at Loews Regency. Just prior to that performance, he recorded “Different” from Honk! for Carnegie Hall Musical Exchange, produced by Scott Lehrer and Leslie Stifleman, artistic direction by Roger Rees and Jeff Saver.

Originally from Indiana, he recently performed with Sylvia McNair during her holiday performances with the Carmel Symphony Orchestra.

Tony was recently cast in the New York run of Judy, a Tribute; workshop performances of a new musical entitled Lost Boy as “Kamp”; Articulate Theatre Company’s performance of Dragon as “Boy”; and will participate in a reading of the new work, The Dancing Princess.

As a boy he sang the role of Amahl in Menotti's Amahl and the Night Visitors several times, including performances with Opera Kansas. His performance as Cobweb in Britten's A Midsummer Night's Dream with the internationally renowned Indiana University Opera Theater was noted in the February 2006 edition of Opera News Online in which Charles H. Parsons wrote, "The child fairies were a competent band, led by a strong-voiced Cobweb (Tony Ponella)." During this period, Ponella also gave several recitals, and made two recordings, to raise money for local food cupboards.

Tony also enjoys working with kids and has worked as both a teacher and director of youth musicals in his hometown of Bloomington, Indiana.